The Most Successful Terrorist Attack in History 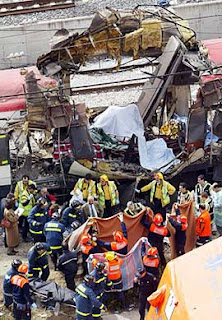 Spanish Judge Juan del Olmo in his 2006 final briefing on the March 11, 2004 terrorists attacks in Madrid sited three main objectives of the terrorists.

1. Provoke an unlikely Socialist victory in the Spanish elections.
2. Achieve the withdrawal of Spanish troops from Iraq.
3. The internacional isolation of US troops in the war in Iraq.

All three were achieved.

It was a Thursday March 11, 2004 in Madrid, and I was off that day. My girlfriend left at the usual hour, 8.00AM. I got up as she left. She usually either got a bus in front of the Prado, or took a train from Atocha Station. The phone rang, her high pitched voice was very nervous. She said people were running out of Atocha Station, something had happened, expletives about ETA, the Basque terrorist group.

I turned on the TV, several commuter trains had been bombed, the head of the Basque Government condemned ETA for the bombings. There were national elections on Sunday. Not just one train, several trains. Initially, it was assumed that ETA was the perpetrator, but from the beginning there were doubts. The death toll rose by the minute, finally reaching 191 and close to 1,500 people injured.

It is crucial to understand the political situation in Spain to understand why these attacks were so successful. ETA had for years attacked the Popular Party of the President and ruling party, murdering many active members of the PP. PP elected officials in the Basque country almost always had to travel with body guards and lived in fear. The Popular Party, PP, gained enormous credibility with its stand against ETA among Spaniards outside the Basque country. On the other hand, the PP’s support of the war in Iraq had almost no support in Spain.

Spaniards were almost unanimously against the war in Iraq, over 90% in most polls. The protest marches in Madrid were massive, reaching the millions. As an American it was not easy to balance the anger from 9/11 with the common sense arguments against an intervention in Iraq that had nothing to do with 9/11. Watching Colin Powell, from my television in Madrid, address the United Nations was one of the most embarrassing moments I ever had as an American abroad. Spaniards showed enormous solidarity with the US after 9/11, but it quickly dissipated into anger over the buildup to the war in Iraq. What was the president, Jose Maria Aznar, thinking? What could he possibly gain politically in Spain or in Europe by following Tony Blair and Bush down the dangerous road of war? 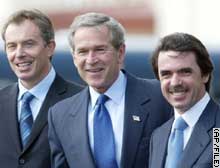 Aznar was finishing his second term, and is hand picked successor, Mariano Rajoy, was leading the Socialist, Jose Luis Zapatero buy a healthy margin of more than 5%. The PP would not win an outright majority, but the election was theirs. If there is no terrorist attack, the PP wins. There is little doubt about this. But the Islamic terrorists knew how anti-war Spain was, and they also knew something interesting about the Spanish character, maybe from there 700 years of dominant presence on the peninsula.

That Thursday the 11th of March, very few voices were raised against the idea that the attacks were perpetrated by ETA, at least during the morning hours. But the police knew it wasn’t ETA very shortly after examining the debris of the attacks. Bombs have signatures. A friend, a detective in the National Police of Spain, assured me the experts knew immediately that at least these bombs did not resemble anything ETA had made in the past. The only doubt came from a foiled attempt by ETA to put a suitcase bomb on a passenger train a few months previous, but while the methodology was similar, the bomb they were going to use had nothing to do with what was found at the March 11 attacks. That afternoon, a car was discovered by one of the commuter stations. It had radical Islamic tapes in it. Doubts grew. Aznar knew his country. If the bombings were attributed to the Islamists, the PP would lose the elections. That Friday, a massive rally was organized by the government against the attacks, emphasizing the ETA connection and that is when the voices began to be heard asking what really happened. I remember walking in the protest march through the rain, relatively close to the front, and hearing people shout “We want the truth!”


By that time there was no doubt in official circles that the bombings were the work of Islamists. Aznar, the departing president, decided not to leave as a statesman and sacrifice political gains for the truth to the nation. He cynically hoped to keep the truth hidden at least until Sunday night, when the polls closed, and keep a hold on power for his party for four more years. How lamentable and pathetic is this? One hundred and ninety one people dead, many more injured and maimed, and he wanted to use the attacks to keep his party in power, instead of acting as a responsible head of state and directing all energy towards capturing the perpetrators.

As pathetic as the President’s actions were, what about the reaction of the public in general? These were commuter trains from working class areas in Madrid, people with long commutes, slaughtered on the way to work. As it became more and more clear what had happened, all voices were raised against the government, their responsibility for the bombings and the cover up. But the massacre of these innocent people was carried out by Moroccans and Algerians, living and working in Spain, apparently in solidarity with their coreligionists in Iraq. Imagine Norwegians planting terrorists bombs in Indonesia because of the 9/11 attacks, would it make any sense? But the Spaniards saw a group of Moroccans bombing their own people in response to the Spanish government’s support of the war in Iraq as an almost legitimate response. There were no protests against radical Islam. On the contrary.

It was very late on a Saturday night, March 13, 2004 in Madrid. I lived about a ten minute walk from Atocha station, the “Barrio de letras”, the literary neighborhood, where Cervantes is buried and Lope de Vega lived. I was crossing Atocha Street, in front of the station. A group of protesters held up signs. One of them read “No te metes con los moros!” Don’t mess with the moors! I was flabbergasted. Almost as if they were supporting the terrorists! As if Spain were reaping what is sowed. A few months later I was having a beer with an ex Spanish Air force pilot who had gone to the military academy and flown fighters. I asked him if he and his military friends thought there were targets somewhere that could be struck in response. He answered that he didn’t think Bin Laden was real.

Imagine similar circumstance in any other country in the world, any other country. Almost 200 hundred innocent people killed on their way to work by terrorists, and the only anger shown is toward ones own government, never a mention of radical Islam. 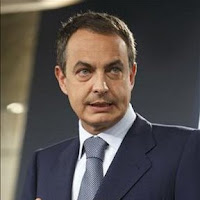 Of course the Socialists won the elections, and what was the first thing they did when they got into power? Exactly what the terrorists wanted. Pulled their troops out of Iraq as fast as they could, even taking out special service agents from the CESID, Spanish intelligence service, who were working against Al Qaeda in Iraq. The aftermath was a political drubbing of the PP and their sick attempts at manipulation, which they deserved, but nonetheless, not a voice rose against radical Islam. Zapatero claimed he was just fulfilling his political promises to leave Iraq. But considering the circumstances of his electoral win, he might have decided on a less cowardly response to terror.

The Spanish people were right in the quick realization that the war in Iraq had nothing to do with terrorism or weapons of mass destruction. They quickly saw that it was the Neo-Cons taking advantage of national hysteria to promote a pro-Israeli agenda in the Middle East. Remove Saddam Hussein, destabilize Syria and Iran with a democratic, Shia government, and improve the landscape for Israel. Nonetheless, Saddam Hussein by all accounts, was a brutal, vicious dictator. And Iraq and Spain shared something in common; two countries with so much potential were terribly stunted by years of dictatorship. That comparison was never talked about. I once asked a Spaniard, when discussing the possibility of removing Saddam Hussein, whether it would have been better if the Allies had decided to forcibly remove Franco in the aftermath the WWII. Would Spain’s history have been radically different if a democratic government had been put in place in the late 40’s, forcibly and with casualties of course. Maybe not for altruistic reasons, for geo-political ones, but done nonetheless. He couldn’t respond. I asked him again, insisting that it would have been an “illegal” war, as Zapatero enjoys calling the war in Iraq, and there would have been military and civilian casualties, but the allies would have easily removed the “fascist” dictator Franco. No response. I tried with other Spaniards, but none enjoyed the comparison.

The events around the March 11 bombings surely mark a low point in the entire social and political history of Spain.

1. A President who lied to the nation about the perpetrators of a horrendous act to try and win an election for his party.
2. A society that, after being brutalized by radical Islamist, was incapable of rallying against a common enemy, and was only able to accuse its own members of having provoked the attacks.
3. An incoming President who ran from Iraq if under orders from Al Qaida.

Mr. Obama should keep this in mind as the Spanish government courts improved relations with Washington. This is not a country you can count on to cover your back.