A Modest Proposal to the Fortunate 1% 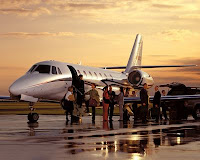 The distribution of wealth in the United States has become more and more unequal since the mid 1970’s. Wealth is not income, it's the stuff people own, houses, cars, money in the bank, stocks, bonds, etc as opposed to income which is money earned from work, rent, dividends among other things.


Wealth is a more real indicator than income. I may go to a bar with my friends, and never buy anyone a drink, but I could have a couple of hundred dollars in my pocket. How much I spend is not a good indicator of how much I have in my wallet.

1. The top 1% of households own 38% of the wealth.
2. The wealthiest 10% of families own 85% of all outstanding stock, 85% of all financial instruments, and 90% of all business assets.
3. The bottom 20% of the population basically own nothing, they have no net worth.

But for purposes of this essay, the focus will be on the fortunate 1%. If owner occupied housing is excluded from the numbers, the top 1% own 50% of everything else. That means businesses, stock in corporations, non-owner occupied real estate, financial instruments, bonds etc. The top 1% owns 50% of the stock market. To enter into this club, you needed to have a net worth in 2004 of over $6,191,500. (From Edward Wolff , professor of economics New York University)

So when the oil companies were making record profits with oil prices at over $140 a barrel, 50% of those profits were going to the top 1% of households. When Wall Street was rolling in money during the real estate boom selling exotic derivatives on mortgaged back securities, 50% of the profits were going to the top one percent. When Wall Street collapsed into a self created black whole of bad paper, sending the world into financial chaos, 50% of the trillions sent to Wall Street in the form of a public life preserver went to the top 1% of households.

So how much do the top 1% pay in taxes? They pay about 25% of the entire tax burden, which may seem like a lot when compared to income, but not when we compare it to net worth. (American Enterprise Institute) If we look all non-tangible financial assets owned by Americans, a very ball park figure given by Dr. John Rutledge, former Reagan economic adviser, is about 150 trillion dollars. Below is a breakdown of wealth distribution compared to taxes paid by the different tier groups.

We must also consider where our taxes go. Currently, if we include off the books expenditures like the war in Iraq, military spending is close to 25% of the Federal budget. And a simple look at US military expeditions in the 20th and 21st century makes it clear these wars were not fought to protect mainstream America from an imminent foreign danger, they were fought for the economic interests of the super elites: South Korea, Vietnam, Iraq I & II, The Dominican Republic, Cuba, Panama to name a few. And if we include organizations like the CIA and their escapades in Iran, Chile, Honduras, Nicaragua, Guatemala etc. they are clearly group of professional thugs being paid to protect the personal fortunes of the lucky 1%. Some may say “As go the super elites, so go we all” which may be true. But the point is that the whole show is being put on for their benefit and as a nation we must at least being willing to accept that.

Take the example of Israel. American Jews make up an important part of the lucky 1%, by some very broad calculations, maybe 40% of the top 1% (Forbes wealthiest 400 Americans) and they make up less than 3% of the US population. How does that translate into influence on American foreign policy? Israel has received more US foreign aid than any other country since WWII, $140 billion, about $3 billion a year. And since 1982, the US has used 32 UN Security Council vetoes against resolutions critical of Israel, more than all other vetoes of all nations combined. The Jewish elite basically use our State Department for their own, extra-national interests. And the neo-con movement, which is simply another word for an American foreign policy dedicated to protecting the interests of Israel, has entangled the US in the war in Iraq, blatantly inventing a story about WMD’s and taking advantage of the national hysteria after 9/11.

One hundred years ago, maybe even fifty years ago, these would have been arguments for revolution, reasons to takeover the means of production and topple the exploiters of the world. People then argued that the natural resources of our countries; oil, coal, natural gas, minerals, fish, etc. should be owned by all of us, not controlled by the 1%. But times have changed, ideologies have gone the way of eight track tapes and now the masses have a hard time imagining much beyond their iPhones, A-Rod, K-Rod, J-Lo, TO and what Britney Spears is wearing.

But even from this barren place of consumerist apoplexy, we can still ask our masters for a bone or two. And we, the humble, mindless, payers of unending credit card debt, student loans and upside down mortgages (50% of the interest of course is headed directly to the pockets of the 1%) respectfully ask our wise and just rulers for two things. Give us universal health care, a single payer plan. We will pay something in, make a token contribution, but you will pick up most of the tab (about $2.5 trillion), and you will also give us a complete overhaul of our primary and secondary educations, with national standards in the form of national federal tests, and very big subsidies for higher education in the form of national scholarships for promising students. Americans want to leave college without debt, and you are going to pay for it, about $75 billion a year. Let’s look at the numbers again.

How would this be paid? Basically, it would be a tax on financial assets over $1 million. The first 1 million is not taxed, and after that, it would come to about a 5% tax on non tangible assets. The top 1% will have to plan for a minor liquidity event every April, they will survive.

Why should the wise and deserving 1% be so generous with the masses? Two reasons. The first is that it will make them even richer. Who runs their corporations, makes interests payments to them, flips hamburgers in their chains of garbage food, sells and drinks their soft drinks, beer, and spirits, fights their wars, runs their governments, protects them from the violent and fulfills their every whim? The healthier and smarter the masses, the better the 1% will live. They will have better, more prompt rent payments and interest payments, more efficient soldiers to protect their investments, better and happier professionals to count their money and keep them healthy when they are feeling under the weather.

And the second reason is maybe the drugged and numb masses will sober up one day. They might turn off their televisions, forget about their sports teams, Hollywood trash and malls, and actually start to think. That is not a good thing for the 1%. Because if the 20% who have nothing decide they also have nothing to lose, it might get a little warm in the designer Italian kitchen. So here is the deal. The 1% can keep everything, only they give us top notch health insurance, basically for free, and then educate us to the hilt. The 50% they own will grow substantially, it is a good investment, and the 80% on the bottom will remain the loyal, dummied down, consuming, interest paying, TV watching imbeciles you have always known and loved.