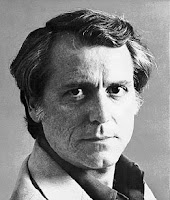 I didn’t want to like Don Delillo’s Underworld. I am not sure why, sometimes books, like people, just strike you the wrong way. In general, I trust my instincts. I grudgingly began the big tome, hoping I was right. This is not a book that sucks you in easily. It keeps you interested as it slowly paints an enormous canvas. Underworld is a very ambitious novel, with a complex structure that, as a writer, is very humbling to watch unfold.

The novel begins on October 3, 1951 in the Polo Grounds with Bobby Thompson’s legendary home run to beat the Dodgers. “And the Giants win the pennant! And the Giants win the pennant!” The famous call. ‘The shot heard round the world’, very over the top New York, very American. This book is so steeped in Americana that I would be reluctant to reccomend it to a non-American. On that same day (in the novel), the Soviets detonate their first nuclear weapon. The Soviets actually detonated their third nuclear weapon on October 18, 1951; they tested their first weapon in 1949. The shot heard round the world is not that atomic bomb, its Bobby Thompson’s home run. I want to imagine the moment Delillo made the connection, the step back, the epiphany so immense that it inspired an 800+ page novel.


There are many stories in Underworld, the story of the ball Thompson hit, and its eventual owner, told in different directions. Nick and his pilgrimage out of the Bronx, homicide, garbage, and his brother the chess playing, cold warrior, and Nick’s teenage paramour, Klara Sax and her wonderfully crafted husband, Bronzini. This book is big, many lines, many brush strokes, and it could have so easily fallen apart with such a complex structure, but the genius of it reminds you of Frank Gehry. It’s that good.

We follow the main character, Nick, from fifty-something year old living in a nondescript, generic suburb in Arizona in the 1990’s, backwards towards his youth in the Bronx in the 1950’s, all the characters moving back. In the 1950’s Bronx you can still feel the old world; it was the end of an era, of an Italian, Irish and Jewish Bronx, where the old timers never really left their old world. Delillo captures the flavor, the details, the language, while at the same time putting it all within the context of the Cold War. J. Edgar Hoover makes two cameos, and Sinatra and Jackie Gleason appear in chapter one. Lenny Bruce is given a special place as the seer of Cold War insanity, especially during the week of the October missile crisis.

At the beginning of the book you feel that flavorless, sanitized, boring quality of Americans colonizing places that probably need to have 10 degrees shaved off their temperature to be truly habitable. A corporate waste company, business trips to LA, the suburbs of Phoenix. There is something very wrong, yet we can’t identify it.

Did the United States really win the Cold War? It’s impossible to know, too soon to call. History will need at least fifty years to see if there was a winner, or simply one big loser distracted by the wrong ‘game’. Underworld captures something of the ridiculous ‘victory’. Nick and his wife carefully sorting the garbage, the metal, plastic and paper while they live in suburbs created in the middle of the desert and work for a waste management company. You sense the ridiculousness, but the genius of the book is that he never points out it directly, only insinuations.

The only character that was not convincing was the only one that I think Delillo tried to make vocal. Nick has an affair with the much older painter, Klara Sax, in the Bronx as a teenager. At the beginning of the book Nick drives his Lexus through the desert to see the seventy-something now installation artist Klara and her artistic rendering of cold war planes left to rot in the desert. He wants her to ring true, and accordingly she is the books only failed character. Either he still loved her, idolized her or she never existed, but she doesn’t work.

There is an eerie feeling that once Americans become too detached from their old world roots, something important dies in them. They become bland caricatures. The Midwestern wife’s obsession with Jell-O has to be one of the most memorable touches in the entire work. Towards the end of the book Nick says.

“I long for the days of disorder. I want them back, the days when I was alive on the earth, rippling in the quick of my skin, heedless and real.”

When we ponder the differences between the United States and the Soviet Union, they are so immense it is almost impossible to imagine that the two groups could belong to the same species, no less the same cultural milieu of Europe. I think few if any who knew both could prefer the Soviet version of reality, but, the real question is what the United States has become without the ‘evil empire’ to justify it.

The Cold War occupied so much of the psychic energy of Americans that now that it’s over, they seem a bit absurd without their nemesis constantly reassuring them of their mission. Even the post WWII Presidents, Clinton, Bush II and Obama, all lack a certain deep keel. It seems they, like the nation they lead, are not exactly sure who they are anymore.